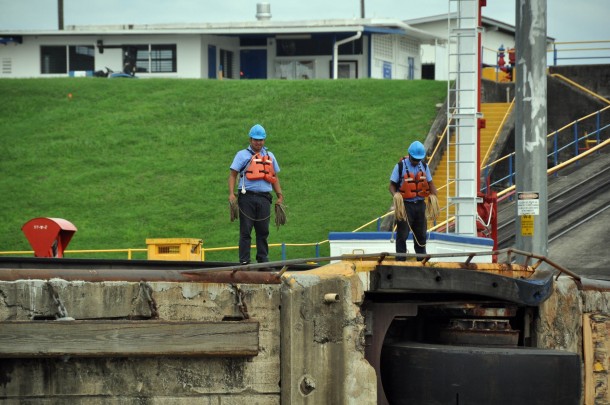 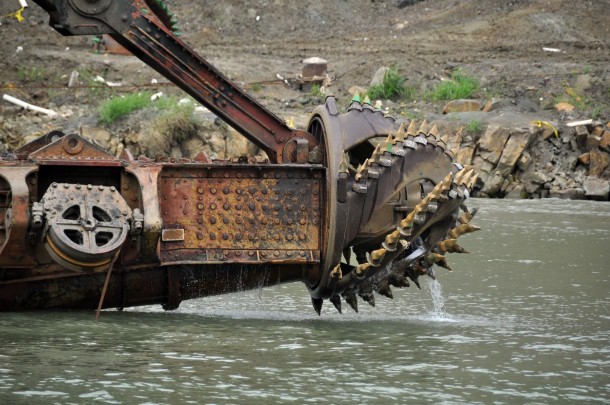 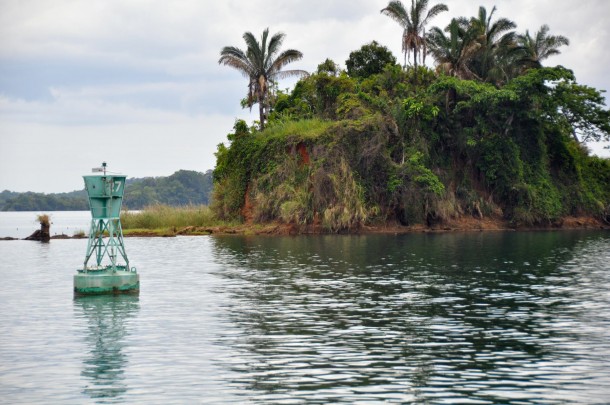 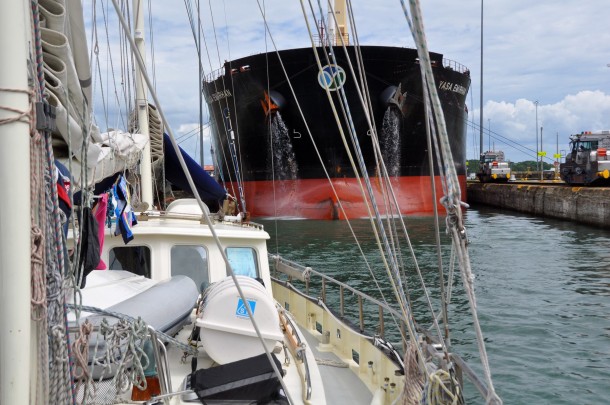 At 05.45 precisely the pilot came on board. We had been required to pay bribes, and despite our protests, we have an AIS on board …. (Well, it’s Panama after all…) He was a nice man with stories to tell about the turbulent history of this canal. In 1977 the transfer of the canal began from the Americans to the Panamanians and in 1999 it was completed.
Our ship came through the three locks at Miraflores (west site of Panama Canal) punctually. Many friends followed this momentous occasion at home on webcams (most notably from a high bridge, we learned from Sam, who followed us accurately home and we had a continuous dialogue! So much can be done these days.) We went as “center-ship” through the locks, which means that we must have two long lines before and two behind to the side. Linesman to the side cast a rope with a big knot (Dutch word: Keesje) with our lines attached to it and they run with it from lock to lock. Everyone was very relaxed there; with an occasional whistling at the girls on board … Then we went through Gatun Lake. Unfortunately, there were no caiman or crocodile to be seen. In the Gatunslocks, on the Atlantic side we were with the greatest ship in the same lock. The container ship just had a few cm on both sites in the lock… sides freely ….This ship was pulled by two locomotives on both sides, as is typical in the Panama Canal.

We were allowed to moor alongside a tug. At the last lock they sped up the process: the tug whizzed  (in the lock!) and caused a lot of suction. Then a massive ship came along quickly in the lock and pushed the water in front of him, so there was a huge flow … With great effort, we were able to keep the Anne-Margaretha tied to the tug.
When opening this last lock a huge tropical storm burst loose …. We finally got some some relief after a very hot and humid day. (The pilot allowed us to swim briefely when waiting for the last locks, which was quite refreshing in this sweet water!) Upon leaving we were greeted by a large group of dolphins. A nice end to a special day.
We stayed at Shelter Bay Marina this afternoon and now leave for Cuba!
Warm greetings to all homefronts!
Greet